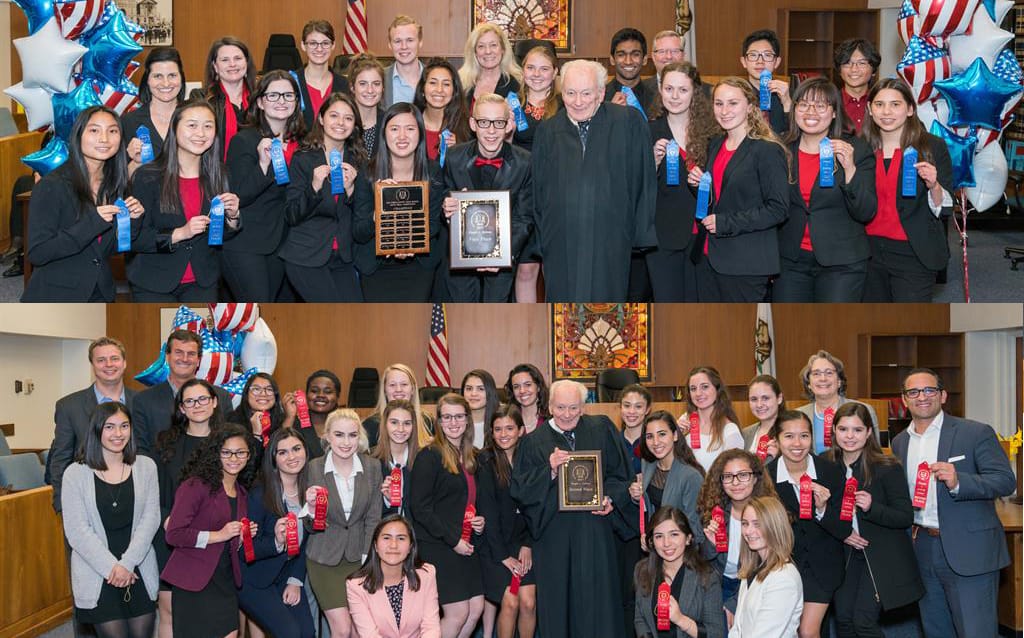 OLP was invited by the Constitutional Rights Foundation to the state tournament as the Wild Card Team.   Both Scripps Ranch High School and Academy of Our Lady of Peace went on to represent San Diego County in Riverside on March 24-26, 2017.
2016-2017 Summary of Results